Nintendo will make its biggest play yet for the mobile market on Sept. 25, as one of its biggest franchises makes its debut on non-Nintendo platforms.

Mario Kart Tour will hit iOS and Android devices that day—and the company is making some big advances out of the gate. Rather than racing solely on Rainbow Road, Koopa Troopa Beach and the other usual setting of the competition, players will be able to zip through courses based on real world cities, including New York, Tokyo and Paris.

The city courses, Nintendo said, are “special in-game event courses … [that] will be available during specific time periods at launch and beyond.”

As with the console edition, players will choose their drivers, karts and gliders before the start of each race. It’s unclear at present if some of those will require in-app purchases, but Nintendo notes the game is “free-to-start”.

Mobile is still a relatively new venture for Nintendo, which it said in 2011 was a threat to the livelihood of game developers. As the market continued to grow, however, the company pivoted and has seen success with several titles, most notable Pokemon Go. 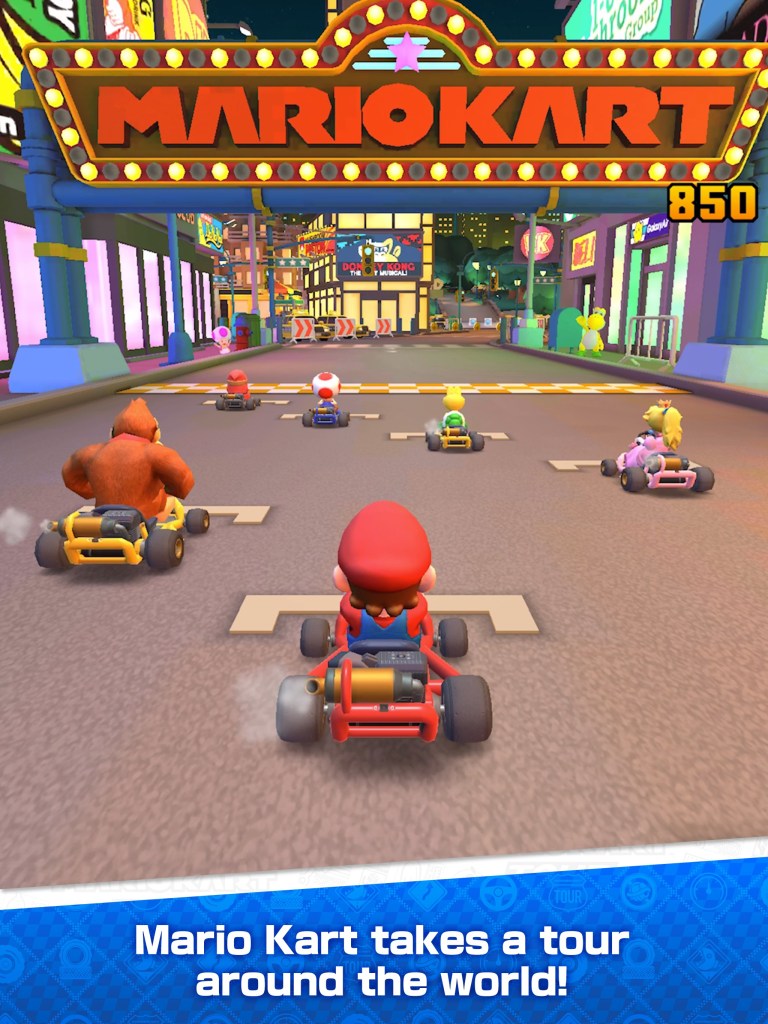 Investors have been eagerly awaiting Mario Kart Tour, which was announced last February. It was originally expected to launch in the first quarter of the year, but Nintendo delayed the game in January to focus on polishing it and gameplay quality. Analysts say the Mario Kart franchise is well suited for a mobile format, and some see it as as Nintendo’s best chance at achieving a billion-dollar-grossing app.

—How Reliance Jio became India’s wireless wonder
—Google is cracking down on internal political debates
—Apple card review: A (mostly) rewarding way to pay
—No humans needed: Chinese company uses A.I. to read books and the news
—ProPublica: How Amazon and Silicon Valley seduced the Pentagon
Catch up with Data Sheet, Fortune’s daily digest on the business of tech.

Stocks had their best quarter in decades. Here’s why that’s bad news for President Trump

Banks and investors aren’t helping small businesses enough. Funds like these could fill the gap

KIND’s founder on joining the Facebook ad boycott: ‘It was not an easy decision’