Peso to climb on expectations of slower inflation 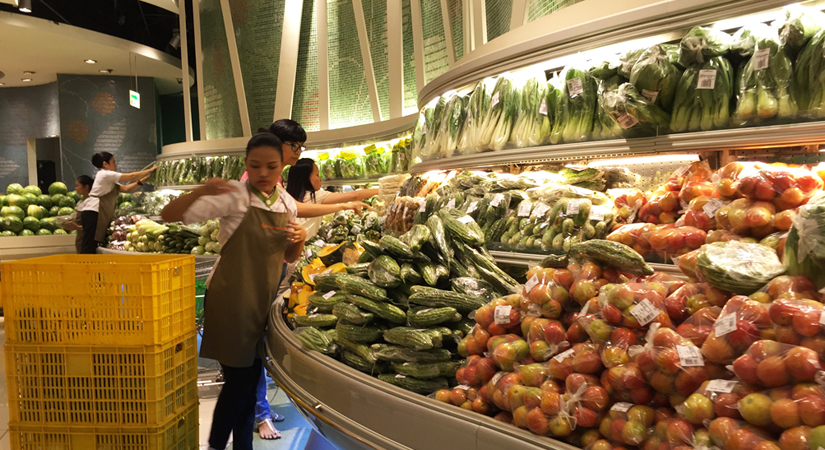 According to Agriculture Secretary William D. Dar, supply of other foods is ample due to the harvests in March and April. — BW FILE PHOTO

AGRICULTURE Secretary William D. Dar said Metro Manila’s food supply will be sufficient in the event of a lockdown and movement restrictions due to the increasing number of coronavirus (COVID-19) cases in the National Capital Region (NCR).

Speaking to reporters Tuesday, Mr. Dar said Metro Manila has rice stocks equivalent to five to six months’ consumption to sustain it until the next harvest if ever the NCR is locked down.

According to Mr. Dar, supply of other foods is ample due to the harvests in March and April.

“We have enough supply for food products such as rice. March and April are harvest seasons which means that there should be no worries about food supply,” Mr. Dar said.

He said COVID-19 is not the only disease to worry about, with African Swine Fever (ASF) also afflicting the pig herd nationwide.

Mr. Dar said measures being considered in the event of a lockdown include urban agriculture.

“There so much space in urban areas like Metro Manila. It is also a good time to plant this season. Government agencies such as the Bureau of Plant Industry (BPI), Agricultural Training Institute (ATI), and the Bureau of Fisheries and Aquatic Resources (BFAR), have been asked to accelerate their interventions during this time,” Mr. Dar added.

Mr. Dar also urged the public to avoid panic-buying because there is no lockdown yet.

“Wala pa namang lockdown. Huwag nating pangunahan yung potential scenario. Ginagawa ng gobyerno ang lahat para matulungan ang publiko, (There is no lockdown yet. Let’s not get ahead of things because the government is doing everything it can to help the public),” Mr. Dar said. — Revin Mikhael D. Ochave

DoE to crack down on power plants in prolonged testing

DoE to crack down on power plants in prolonged testing

Singapore contact-tracing app being evaluated for use in PHL

Increased demand for shelf-stable food products and expectations of their sustained demand during the Luzon-wide enhanced community quarantine (ECQ) led investors to buy shares in Universal Robina Corp. (URC). A total of 10.11 million URC shares worth P1.03 billion were traded last week, data from the Philippine Stock Exchange (PSE) showed. Shares in the Gokongwei group’s food manufacturing arm closed at P103 apiece on Friday, up 5.1% from P98 per share a week ago. The…

This article was created by StackCommerce in partnership with Content Works, Postmedia’s commercial content division. While Postmedia may collect a commission on sales through the links on this page, we are not being paid by the brands mentioned. Learning sought-after skills from home can be a productive and lucrative option in these uncertain times. Whether you’re looking for a side hustle or are unfortunately looking for full-time work due to the COVID-19 pandemic (which has…

Peso to climb on expectations of slower inflation