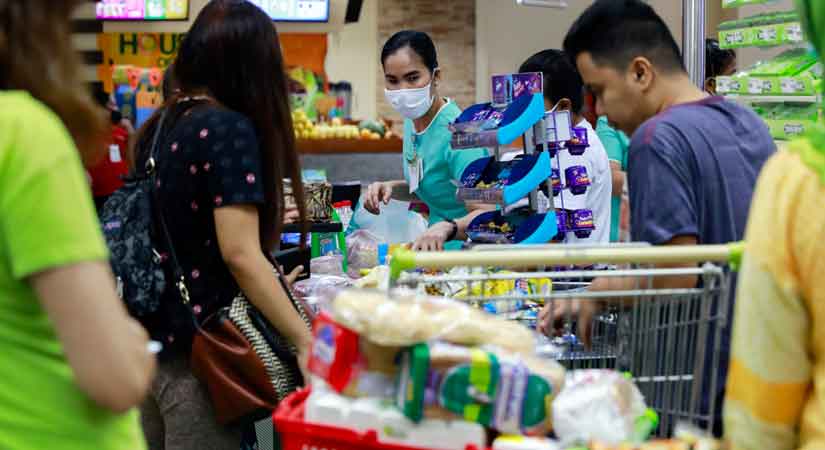 INFLATION in May likely fell within 1.9% to 2.7%, with upside risks mainly coming from the increase in food prices, Bangko Sentral ng Pilipinas (BSP) Governor Benjamin E. Diokno said on Friday.

“The BSP Department of Economic Research projects May inflation to settle within the 1.9% to 2.7% range; the point inflation projection is 2.3%,” Mr. Diokno told reporters in a Viber message.

This estimate range is well within the BSP’s 2-4% target for this year as well as its 1.75% to 3.75% projection on the back of slowdown caused by the pandemic.

The central bank in April said it sees inflation averaging at 2% this year due to the impact of the outbreak, down from the 2.2% forecast given in March.

If realized, the BSP’s 2.3% point projection for May will be faster than the 2.2% print in April but still slower than the 3.2% logged in the same month last year.

The Philippine Statistics Authority is set to report May inflation data on June 5.

“Higher domestic oil prices as well as the uptick in the prices of various agricultural products due to bottlenecks and the impact of typhoon Ambo contributed to positive price pressures during the month,” he said.

Oil prices saw some recovery in May after major producers implemented supply cuts of about 9.7 million barrels per day or about 10% of global supply to support prices as demand waned due to the pandemic.

Energy Secretary Alfonso G. Cusi has said about 10% of oil retailers’ fuelling stations shut down temporarily in areas under enhanced community quarantine. He said oil prices are likely to remain volatile until the end of the third quarter due to lower demand and restricted mobility.

Meanwhile, data from the Philippine Statistics Authority showed the average farm gate price of palay or unmilled rice inched up by 0.75% week-on-week to P18.81 per kilogram in the first week of May, rising by 1.95% year-on-year.

On the other hand, downside risks to inflation may emerge from lower power charges, Mr. Diokno said.

“The electricity rates in Meralco-serviced (Manila Electric Co.) areas declined during the month despite the reported increase in the total electricity bill due to higher consumption,” he said.

Meralco earlier said the overall electricity rate in May will go down by P0.2483 per kilowatt-hour to P8.7468 from P8.9951 in April. This means that households will likely see their bills drop by around P74.49 to P124.15, depending on their consumption.

The lower monthly rate was caused by the force majeure claim Meralco had invoked in its power supply agreements following the 30% drop in power demand during the lockdown. — L.W.T. Noble

One practical way new entrepreneurs can offset the economic downturn

One practical way new entrepreneurs can offset the economic downturn

This article was created by StackCommerce in partnership with Content Works, Postmedia’s commercial content division. While Postmedia may collect a commission on sales through the links on this page, we are not being paid by the brands mentioned. The pandemic has dealt a heavy blow to many of today’s businesses, but that doesn’t mean you should lose hope as an entrepreneur looking to survive during this economic downturn. Online shopping has been one of the…

Stocks had their best quarter in decades. Here’s why that’s bad news for President Trump