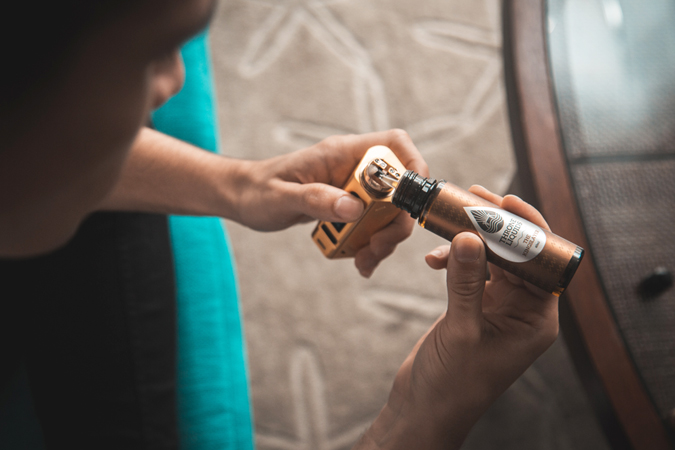 IMPORTS of vaping products could continue once the Bureau of Customs (BoC) issues a memorandum outlining the proper procedures, the Deparment of Finance (DoF) said.

Finance Secretary Carlos G. Dominguez III said the shipments could be enabled by a Customs memorandum order (CMO) after a court issued a restraining order on regulations imposed by the Food and Drug Administration (FDA).

“The BoC issued a CMO after PRRD’s (President Rodrigo R. Duterte’s) pronouncements, which by the way, did not mention anything about imports. Then the FDA issued a regulation saying that no importation is allowed without FDA approval. This FDA issuance is now under TRO (temporary restraining order). Subsequently, PRRD signed the alcohol and e-cigarette act into law,” he said.

“Now, the BoC just has to issue a new CMO so importation can proceed and we can collect tax pursuant to the new law which took effect on the 27th,” Mr. Dominguez told reporters Monday in a Viber message.

Mr. Dominguez issued the statement in response to a query by an e-cigarette company, Juul Labs, Inc. Philippines, seeking clarification on the status of the ban on imported vapor products after the law was signed last week.

In a letter to Mr. Dominguez, Juul Labs noted that the newly signed law, Republic Act No. 11346, which took effect on Jan. 1, “legitimizes vapor products in the Philippines.”

Juul said it has experienced delays in importing vapor products after Mr. Duterte’s verbal order in November to block inbound shipments and ban their use in public areas.

Mr. Duterte signed a separate law, R.A. 11467, on Jan. 22, which amend the tax code to increase the excise taxes on alcohol products and e-cigarettes, including vapor products, while limiting their sale to those at least 21 years old.

The measure also prohibits the manufacture, import, sale, distribution and advertising of flavorings for the vapor products.

In an earlier statement, Juul said it will also stop producing and selling flavored vapor products in the Philippines in compliance with the law.

Not since the tech bubble of the late 1990s has the S&P 500 been so dominated by a handful of richly valued glamour stocks—a cast that in those days starred the likes of Cisco, Lucent, and IBM. Today, the superhot names are the Fab Five: Microsoft (a stalwart in ’99 as well), Apple, Amazon, Google, and Facebook. Starting last year, their weight in the S&P 500 jumped, then exploded in 2020 as they defied the…

Will real estate prices plunge? That may depend on the sellers

Inside Tulsa’s underdog bid for Tesla’s next big factory

I don’t like Section 230 either, but Trump’s attempt to remove it is still wrong